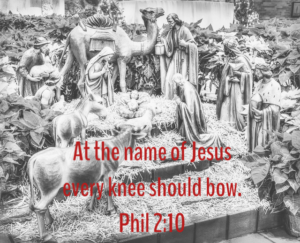 My sister tells the story of meeting a Hollywood actor and producer in a little semi-rural town in PA. A gentleman approached her for assistance and she blurted out, “You’re Mark Harmon!” 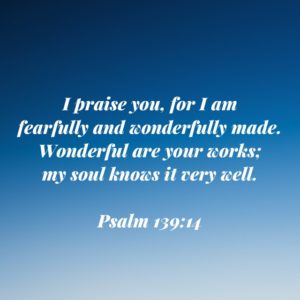 So many of the people I pray for have health issues. As a retired physician, I find myself unconsciously analyzing people’s prognoses based on what I know about their health issues. I find myself thinking, “Wow! That cancer is stage 3 or 4. That’s going to take a real miracle from you Lord, for her to be healed.” Or, “He’ll get better. We can treat that now.” I catch myself prioritizing which people to pray for miracles for. 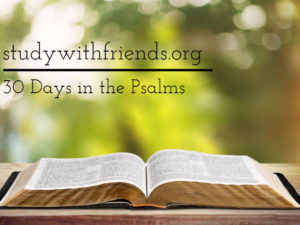 We find the book of Psalms near the center of our Bible. Written by David and numerous other authors, these songs, prayers and poems celebrate God with praise and worship, cry out to God from the depths of despair, and everything in between. The honesty of the Psalms can guide us into a deep and genuine relationship with God. Join Holly, Marilyn, Viv, and Jan as we focus on how the Psalms comfort us, caution us, and instill confidence in the one true God. 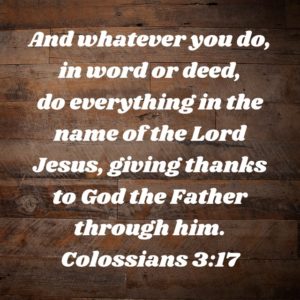 The U S Department of Labor has written in reference to Labor Day, “The vital force of labor added materially to the highest standard of living and the greatest production the world has ever known and has brought us closer to the realization of our traditional ideals of economic and political democracy. It is appropriate, therefore, that the nation pay tribute on Labor Day to the creator of so much of the nation’s strength, the American worker.”

Ouch! That bothers me. Yes, workers, as opposed to slouchers, have helped build a great nation, but let’s rather pay tribute to God, the Creator of all things, the One to whom all tribute is due. After all, God even invented work. In Genesis 1 and 2 the Bible tells of God’s work of creation, that it was good, and that God rested when He was done. God told His people that they, likewise, should rest from their work, one day out of every seven (Exodus 20:8ff). 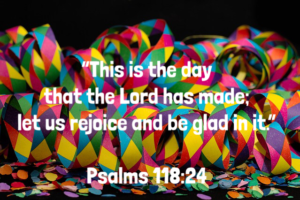 I recently had the privilege of listening to a series of lessons on the Israelites: From the Exodus to the Promised Land. The teachings highlighted how God delivered his chosen people from slavery in Egypt, led them through the wilderness to the Promised Land, and then His dealings with them as they wandered in the wilderness another 40 years for their lack of faith. (I remember reading these stories when I was a kid and marveling that these Children of Israel never seemed to learn from their mistakes and how they kept repeating them; and how they complained!) The teacher of the series commented on their ingratitude and posed the thought, “I wonder how that made God feel?” Then he challenged us to consider how WE make God feel in our lives, and how we can be just as ungrateful as the Israelites were in the desert. 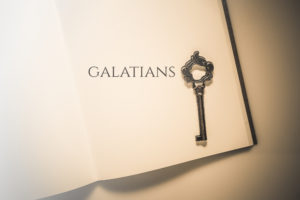 In this letter originally written to the churches in southern Galatia, Paul proclaims the timeless reality of our freedom in Christ. That sounds great, but how do we get there and what do we do with our newfound freedom? Let’s talk about it!

NEW! Our friend Shay writes about how God's Word c