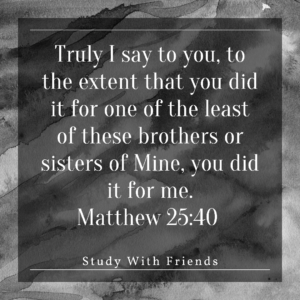 Recently I saw a picture of Afghan women dressed in the traditional burqa, and it tore my heart. To me, wearing of the burqa represents oppression. For the past twenty years, under democratic rule, women of Afghanistan have been able to go to school and to hold jobs. Options for their futures have included more than childbearing or servitude in the home; many Afghan women have become doctors, nurses, and lawyers. They have been able to leave their homes without the requirement of having a male family member escort them to the market. Women have been permitted to pray at mosques. Many have finally enjoyed freedoms that women worldwide have been granted for centuries. Under democratic rule, Afghan women have been wearing the traditional tunic and hijab (head scarf) without the requirement of the more restrictive burqa.

Now that the Taliban has again taken control of Afghanistan, women who enjoyed the freedom of making decisions for themselves are now donning the burqa. Public announcements in some sectors again require women to be totally covered. I feel like some women are making one last decision on their own, choosing to submit to the requirements of the radical Taliban, knowing that the burqa is ultimately a form of protection for them. Wearing the burqa, they will not be questioned about their religious beliefs. They will not be tortured into obedience to Taliban interpretations of Islamic law. Women in the burqa will not be killed or be forced to watch their children being slaughtered. They are choosing to submit in order to save their lives.

Having taught in an international school for a number of years, I have come to know and love women from many countries of the world. Some of them initially arrived at our school totally covered, except for their eyes. On the first day of school each year, the same fear gripped me: What if I hand a toddler to the wrong mother because I cannot see her face? That would be embarrassing, but also a huge safety risk.

I remember meeting Zeinab one year. She wore traditional Islamic garb with hijab (head covering) and a face veil. The only things visible were her dark brown eyes. Zeinab spoke Arabic and had come to school to learn English. Her husband Ali brought her and her son to my classroom and introduced them to me in perfect English. I smiled and responded with ‘Marhaba,’ meaning ‘Hello,’ one of a few Arabic words I had learned. I asked Ali a few questions and assured him I would take good care of his son. Suddenly he said to me, ‘Zeinab has a very beautiful face,’ and he pulled down her veil. It’s the last time she wore it in school. By removing it, Ali had given her permission to remove the veil. I later learned that Zeinab means “a beautiful girl for her father.” Zeinab was indeed beautiful, both in face and in heart. As she learned English over the next few years, we had many good conversations; we also shared hugs and kisses on both cheeks (before the restrictions of Covid).

I watched international women take little steps in becoming Westernized in their dress. One day I noticed a woman wearing jeans under her long tunic. Hijabs began to take on color, other than the typical black, brown, or white, depending on a woman’s country of origin and religious identity. By spring, one mother sported a pink headscarf, and another wore a floral print. Some painted their nails, which is forbidden in some Islamic sects. Those of us on staff did our part to not be offensive, by not wearing sleeveless shirts or tight-fitting clothing. We offered Halal (permitted under Islamic law) foods to their children. If we cooked for the women, we made certain that the ingredients met Islamic regulations.

As the women experimented with American customs, some also took an interest in learning about the Bible. It was a joy when moms or their children asked questions about Jesus.

As my friends return to their home countries, I wonder about their safety. I am concerned that they, too, will have to wear a burqa. Will the Taliban’s foothold in Afghanistan become a way of reaching out into other predominantly Islamic countries?

As Afghans settle in our country, what is our responsibility to them? The Bible makes that clear. The law states that foreigners are not to be oppressed (Exodus 23:9), and they are to be cared for and fed; harvesters were to leave the edges of their fields for the poor and the stranger (Leviticus 19:9-10). Jesus says that He will sit on the throne and judge according to whether we have fed the hungry and thirsty, taken in the stranger, clothed the needy, and looked after those who are sick (Matthew 25:37-40).

Truly I say to you, to the extent that you did it for one of the least of these brothers or sisters of Mine, you did it for Me” (Matthew 25:40, NASB).

I am praying especially for the women of Afghanistan. I fear for their safety under resumed Taliban rule, and I ask God to protect them and their families. I pray that the Taliban will keep their promises, allowing women and girls to continue their schooling. I pray they allow all Americans to leave the country. And I ask God that those who have aided the Americans as translators and assistants will be allowed to move to safety. Most of all, I thank God for the enormous freedoms I enjoy.

Carol C. and her husband have been married for 50 years. She is a proud mother and grandmother, as well as a teacher and author. Look here for more blogs by Carol C.  You can listen to any of our Bible studies by tuning in to your favorite radio station, listening to our podcast on iTunes, or listening through TuneIn, Spotify, or Stitcher online radio. You may also watch us on YouTube!

Visit our YouTube channel for videos of our curren

Back on YouTube just in time for Advent…join us!