There comes a time in every Christian parent’s journey of raising children, where we have a revelation. A loud voice booms suddenly inside our heads, shaking us to our very souls: “What if I’m not good enough for my kids?” Or more specifically, “What if my parenting isn’t good enough to save them?” 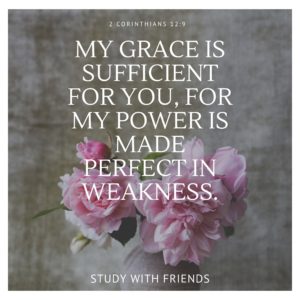 When I found out I was pregnant the first time, I was heartbroken. I took a pregnancy test on Mother’s Day (I know, ironic) of 2010 and found myself devastated and overwhelmed. I was terrified. My mind was racing, scared of all that I was going to have to give up. All the things I loved and enjoyed were going to change:  my job, my education, my marriage, my body, my mental sanity, my sleep, my freedom, my relationships, my pride, my selfishness. How could I possibly do this?  I was horrified of all I was going to have to sacrifice. It all seemed daunting, impossible, and I didn’t want to do it. 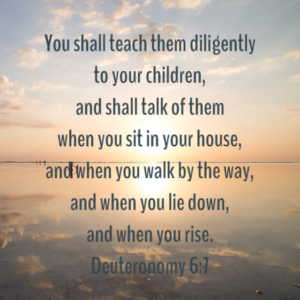 Let’s start preparing our children to still trust God when life gets unexpected. Every time your children get angry or upset at things outside of their control, ask them, “Who is in control of these things?” and when they answer’ God,’ ask “And is He good?” When they answer “yes,” ask “How can this truth help you feel about the situation? How can you pray with honesty to God?” When they struggle with other people’s behaviors, ask, “Can you remember a story in which people were mean to Jesus? What about when Jesus was crucified, do you remember how the officers treated Him? How did Jesus respond? Do you ever do anything to offend God? How do you think He r 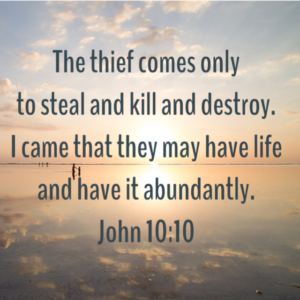 Well it’s taken years of raising my own children, fighting tooth and nail down a path I didn’t want to be on, and hours upon hours of study and dwelling on God’s word, and praying honest hard questions, and putting my hope in things that fail, and God graciously leading me through a spiritual storm that broke me to my core, till I finally got the answer to the question I had been asking in my heart for so many years. 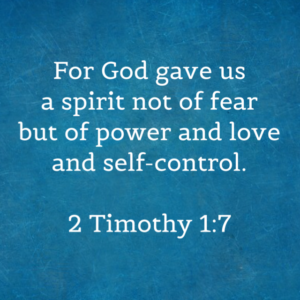 But God’s desire is not for us to compare. His word tells us to be happy where we’re at, to be content with what God has given us and what He has taken away. “Not that I am speaking of being in need, for I have learned in whatever situation I am to be content. I know how to be brought low, and I know how to abound. In any and every circumstance, I have learned the secret of facing plenty and hunger, abundance and need.” (Philippians 4:11-12) His desire is for us to be joyful and content in every aspect of life. But why is it so hard? If you’re anything like me, those little devils of comparison chirp their discontent ALL DAY LONG. “Your house could be cleaner. You could be in better shape. You could be a happier mom. You could read more books. Your hair could be prettier. You could be more charismatic, because you’re socially awkward.” 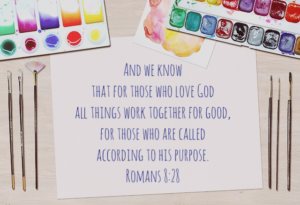 When I was a sophomore in high school, I had this friend. We met in photography class, and then again in guitar class. Our souls were kindred spirits. Among other commonalities, we shared a love of painting. Over the course of the school year, we would show each other our paintings, and critique them accordingly. She was so much better than I was. She went on to get a scholarship, for her talent, to the local university, and still to this day, continues to have a career in painting. After I moved, we kept in touch a little bit. During one of our conversations, we were reminiscing about our crazy high school days, and I mentioned how jealous I had always been of her painting skills. She scoffed and said, “You shouldn’t have been, I was crazy. I was just painting what I saw in my head.” After an awkward laugh, I asked what she meant, and she went on to say that she had been diagnosed with a few different mental illnesses over the last few years, and was on medication. I was shocked, but didn’t show it. I told her I was proud she had the courage to get help, and humorously asked if her painting had diminished since she had begun medication. After that conversation, I began to wonder: if my brain worked like hers, would I be a stellar artist? Would I really wish that upon myself?

NEW SERIES! Join us for the second portion of our