The Study With Friends community includes a team of bloggers who bless us with authentic and honest musings about how their faith informs their life, and how life informs their faith.  These blogs offer insights and advice from the heart.  They are experiential.  For instructional insights, visit our bible study page. Y’all, lately I am feeling overwhelmed by noise. The noise of my twin toddlers, fighting over a shared toy in the background. The noise of media, headlines flashing, blaring increasing cases of COVID-19, increasing hospitalizations. In these past weeks and months I have found myself impacted by topics ranging from health issues to cultural differences, social justice to personal freedom. Our national environment is charged with an enormous amount of issues to process through and formulate understanding, both personally & corporately. For myself this has been a time to do a lot of listening, thinking, praying & reading. I’m taking the time to peel back the layers that define me–what I believe and how I view the world. I’m a classic conflict avoider. I hate conflict. I run from it. I don’t argue or fight. I like to be a peacemaker. Three years ago my husband and I were on our 25th anniversary trip to Europe. We were in London not long after the London Bridge terror attack. So many questions and fears with no easy answers, and we can struggle to get through each day in the face of these unknowns. I have wrestled with my own questions and disappointments throughout this year, but did my best to hold onto the truths that I already do know. God has given us an immeasurable gift in His Word. 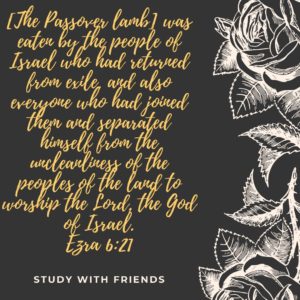 When I first read this small section, I loved it! Stories in the Old Testament can be thrilling but often dark, so occasional slivers of joy like this seem especially meaningful and beautiful. I loved it so much because—though far from an Old Testament scholar—I am familiar with how much the Israelites endure through the history it details, so reading about how the exiled Israelites finally return to rebuild the house of the Lord was like sharing in a huge victory with them. What constitutes worth in our society?  Perhaps it’s the ability to contribute to a lesser or greater degree. Sometimes it’s measured by wealth or social standing, but we know that this is not supposed to be the Christian’s perspective of worth. The angel of the Lord also spoke a blessing over Hagar and the child in her womb. In response, she called out to the Lord, essentially naming Him El-roi, meaning You are a God who sees, or literally—You, God, see. She gave this name to the LORD who spoke to her: ‘You are the God who sees me,’ for she said, ‘I have now seen the One who sees me.’” (16:13-NIV). The well where the encounter took place became a memorial known as “Beer-lahai-roi,” meaning the well of the living One who sees me (16:14). Hagar’s words had been heeded by God. She saw the living Lord and was SEEN by Him. 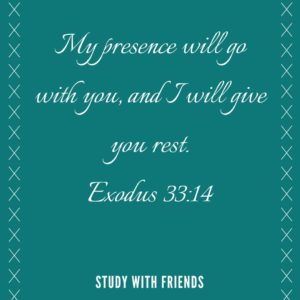 Our cat has a hashtag. It all started when we noticed him laying flat on his back, completely relaxed, in all sorts of random and odd places: the middle of the kitchen floor, at the foot of the stairs, up against a hallway wall, next to the freestanding oven range, under the dining room table…just about anywhere. 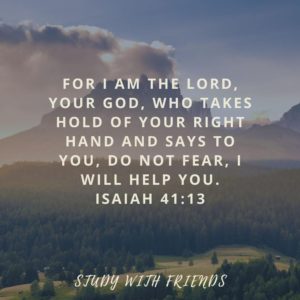 By the time you’re reading this, I hope we’re transitioning back to a sense of normalcy. The start of 2020 is something that will go down in history as unprecedented–a global pandemic, social (and physical) distancing, schools closed, vacations and travel plans cancelled, online church services, zoom happy hours, and working from home becoming the new norm. However we return to socialization, I think at this point, we can all agree that it will likely look and feel different.