Jael of the Old Testament is one of those women you glance over, not realizing how much of an impact she’s actually made on things until years later.

Her story starts in Judges, chapter 4. The story is a bit detailed with some hard-to-pronounce names, so I’ll give you an overview. 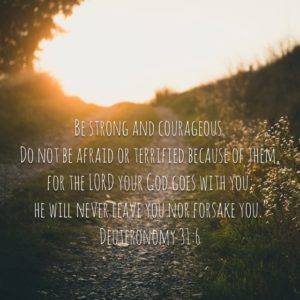 God’s people, the Israelites, were being oppressed cruelly for 20 years by Sisera, the commander of the army of Jabin, a king of Canaan. God’s prophetess, Deborah, who was judging Israel at that time, summoned an Israelite general named Barak. She instructed Barak to take his men and fight Sisera, and Deborah said she would draw Sisera out for Barak to overtake. But Barak, for reasons undisclosed, wouldn’t go without Deborah by his side. So she agreed to go with him, but changed her vision of deliverance about Sisera, and now claimed that he would be given into the hands of a woman. “Barak said to her,’if you go with me, I will go: but if you don’t go with me, I won’t go.’ ‘Very well,’ Deborah said, ‘I will go with you.  But because of the way you are going about this, the honor will not be yours, for the Lord will hand Sisera over to a woman.’ “(Judges 4:8-9).

So Barak and Deborah and all of Barak’s men went out to the place where they were going to fight Sisera. On the day of battle, Deborah woke Barak up with a charge, encouraging him that the Lord was going before him into battle.“Then Deborah said to Barak, ‘Go!  This is the day the Lord has given Sisera into your hands.  Has not the Lord gone ahead of you?’ “(Judges 4:14).

Barak then led his men down from Mount Tabor, and the Lord led Sisera’s men into the sword of Barak. When Sisera realized his army was quickly dying, he fled to the tent of a family friend, Jael, to hide. Jael gently asked him to come inside, gave him some milk, and covered him with a blanket.

Sisera asked Jael to lie to anyone asking of his whereabouts. But the scripture says that as soon as he was settled and asleep, Jael took a tent peg and drove it through Sisera’s head, killing him. Then when Barak came around looking for Sisera, Jael (proudly it would seem) met Barak outside the tent and showed him what she had done.  Then in chapter 5, there is a song by Deborah and Barak, with a verse or two praising Jael for what she had done. “Most blessed of women be Jael, the wife of Heber the Kenite, most blessed of tent-dwelling women…She struck Sisera…”(Judges 5:24-26).

So here we have Jael, who killed an enemy of the Israelites and was praised for it. However, the scripture doesn’t give us any reason why she did it, so we have to come up with our own theories.

One theory suggests that perhaps Sisera came on to Jael, expecting sexual favor from her because he was a war hero and she a woman. Perhaps she killed him out of self-defense.

Another theory suggests that she just had a heart for the Israelite people, even though we know she was not an Israelite herself. Perhaps she felt for how they were being treated and her anger and grief overtook her.

I think either way, we have to look at Jael’s story and understand that she did what was necessary. She wasn’t afraid, or nervous of the consequences, or worried about how she would be thought of after such an act. Somehow in her thinking, and by God’s leading, she knew Sisera needed to die, and she had the opportunity to do it; she didn’t let fear stand in her way. I think that’s why I admire her.

Think about if Hitler were on the run and he showed up at your house. Deep down you would know what would need to happen, but would you do it? Would you be too worried about the consequences, or your self-image? I honestly can’t say what I would do. And of course, that is completely hypothetical. But I admire Jael for her courage. Whatever her reasoning, it seems that she knew what needed to be done and did it. She didn’t over-think it. She didn’t pause. She was fearless. That’s how I would describe her: fearless. This is reminiscent of when Mary anointed Jesus (John 12:1-8).  She took no regard of what people would think and did for Jesus what she knew was right to do.

I think we can use Jael’s story of courage (and Mary’s) to encourage us to do things that are out of the ordinary in society, though NOT MURDER; rather, things that are glorifying to God that we’ve never done because we’re worried about what it will look like or what people will say when it’s done. Sometimes we can let the fear of others’ opinions trump God’s opinion, and that is frightening! I will use Jael’s story in my own life to remember to be fearless and to do what needs to be done when it needs to be done.

Erin has been married for 10 years and has 2 girls, ages 8 & 4. She is a pastors wife and director in training at a pro-life crisis pregnancy center in the Hudson valley of New York. For more, you may enjoy listening to our Bible study about Lesser Known Women of the Bible. Tune in to your favorite radio station, listen to our podcast on iTunes, or listen through TuneIn or Stitcher online radio.  You can also listen on our website where you will find the study guide available for download too.

Listen to us on iTunes #biblestudy #studywithfrien