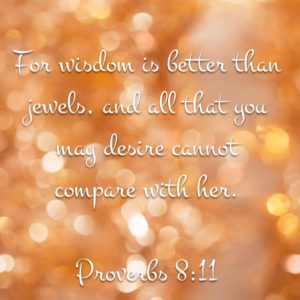 More than a millennium before the time of Jesus, there lived a prophetess named Deborah. Not only was Deborah a prophetess, she was also a judge, and very likely the only person to fill both those roles. She’s also the only female judge that the Bible mentions. She worked to settle disputes among the Israelites.

During this time period the Israelites were being tyrannized by a Canaanite king, Jabin. God revealed a message to Deborah, and she summoned a man named Barak to tell him that God was going to give him victory in battle over Sisera, Jabin’s military commander, and that he should take his ten thousand men and head out. Barak asked Deborah to go with him, saying that he wouldn’t go unless she went also. There is some speculation about Barak’s reaction, one being that Barak is fearful because he doesn’t trust in God, hence his request for Deborah to accompany him. Another perspective is that Barak recognized Deborah’s wisdom and knew she would be an asset. Either way, Deborah responded by telling him that she would go, “but because of the way you are going about this, the honor will not be yours, for the LORD will hand Sisera over to a woman.” You can read the story in its entirety in Judges 4, but the short version is that God gave Barak and Deborah victory over the enemy.

Deborah, who chose not to take credit, was a strong woman from whom we can learn much. She must have been a woman of strong faith to have risen to her position as a judge. She certainly sets a good example for us by making it clear that God is giving these orders, not she, and later by giving all credit to God, knowing that victory lies in Him alone. You can read the song she sang about all of this in Judges 5. In it is not just the story of God leading them to victory, but also her appreciation for everyone who was involved, again showing her humility.

Deborah’s faithfulness and willingness led to a victory that brought 40 years of peace. The Bible doesn’t tell us how Deborah received her message from the Lord, but we can surmise that when God spoke to her, she was attentive and didn’t shy away. She also bravely went with Barak to the battle.

What do you think of Deborah as a role model for today’s Christian woman? Let us know in the comments.

Shay is a blog contributor and a lover of coffee and snow. She is married with three children.  For more, you may enjoy listening to our Bible study about Lesser Known Women of the Bible. Tune in to your favorite radio station, listen to our podcast on iTunes, or listen through TuneIn or Stitcher online radio.  You can also listen on our website where you will find the study guide available for download too.

NEW! Let's wrap up our series on the Resurrection